John Greer is an established exhibiting artist and has been involved in the past 23 years in placing thoughtful work in the public domain. He is exhibiting his work since 1967 extensively in Canada, USA, Korea and Europe. He taught sculpture for 26 years as full Professor at the Nova Scotia College of Art and Design in Halifax, Nova Scotia. In this position his thinking and teaching has shaped and influenced contemporary sculpture and three-dimensional art practice in Canada.

In 2015 John Greer’s “retroActive” was on view at the Art Gallery of Nova Scotia in Halifax, NS. This

extensive exhibition spanned almost 50 years of artistic activity and a 350page monograph with the same title was released in June 2015. A short documentary movie was released in the summer of 2016.

John Greer is the recipient of numerous awards and grants; in 2009 he received the prestigious Governor General’s Award in Visual Arts in recognition of his lifetime achievement and significant contribution to contemporary Canadian visual art.

In 2014 he co-founded “Intercontinental Sculpture Inc.” in order to be able to handle even more successfully the business part of creating art for the public domain. With this company he has a team of people involved in the successful and smooth realization of a large project.

Greer placed this year 2020 a new version of his charismatic stainless steel Sirens as “Siren’s Echo” in a private sculpture park in Virginia, USA and is currently involved in placing “Siren’s Calling” in a private/public location at the Halifax waterfront. Other public commissions are “The Rule of Law is a

reflection of us all” for the McMurtry Gardens of Justice, the Memorial to Canadian Building

Trades Unions in Ottawa, ON Canada “Standing Together” that has been unveiled by Canadian Prime Minister Justin Trudeau in May 2017. “Gathering, 2001”, is adjacent to the National Museum in Yongsan Park in Seoul, Korea and “Reflection, 2001”, is the Memorial to Canadian Aid Workers in Ottawa, ON Canada. His work “Origins, 1995” is permanently installed in the Ondaatje courtyard of the Art Gallery of Nova Scotia and he has works in major national and international collections. The “Sirens” and “Cradle”, both milestone pieces are located in a private collection in Switzerland, and “Humble Ending” in La Serpara, a sculpture garden North of Rome.

John Greer works in Canada and Italy. Currently he is developing a large private studio in Pietrasanta, Italy.

His work is widely reviewed online and in printed matter. He prefers sculpture as his language and tries to engage the viewer in being a human, thinking object among objects, a being “of” the world, a cultural object. 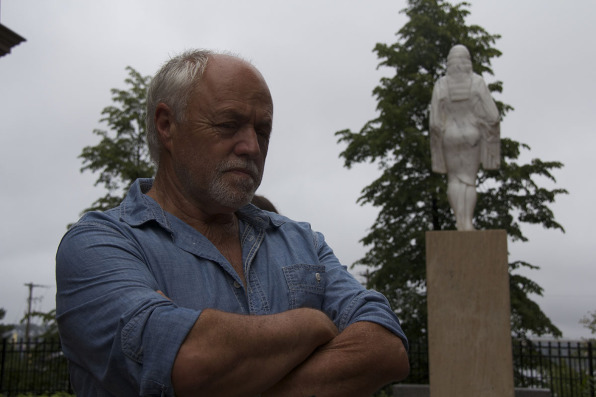 John Greer with Facing East in the courtyard of the Art Gallery of Nova Scotia, Summer 2015. 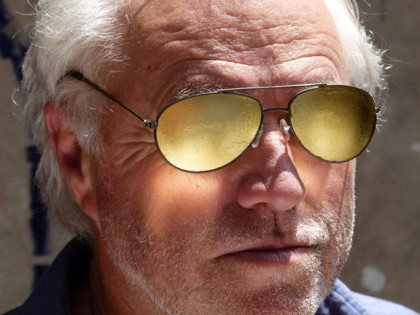