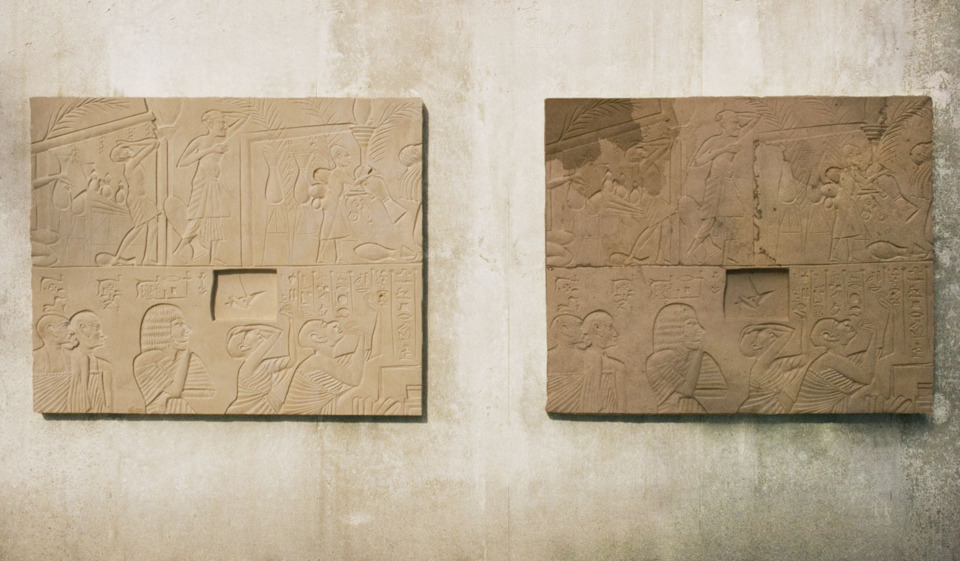 The nuclear bomb was developed on and from the body of human knowledge that goes back in time to the beginning of human consciousness and the desire to share what we discover. This sharing is by nature political. The origami paper crane has been adopted internationally as a peace sign of protest or acknowledgement of the madness herein. The source object is known as the “Berlin Mourning Scene”, a Egyptian funeral depiction (Detail) from ca. 1330 BC.

This two-part work is composed of a replication of an Egyptian relief carved with an added paper crane from Texas limestone. (The stone is the same age and colour as Egyptian limestone.) The second element is a reproduction of this stone in polystyrene and named after the second dropped atomic bomb “Little Boy”. This element was made to look older and more “authentic”, in a way asking for closer scrutiny.

We live in an age when scepticism is a necessity and close scrutiny is a matter of our very survival.

Please klick on any image below for expanded view / slide show. 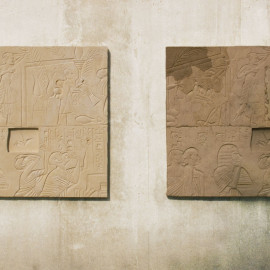 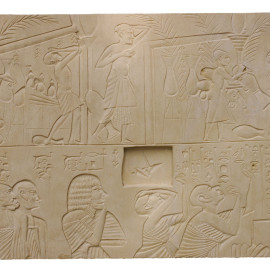 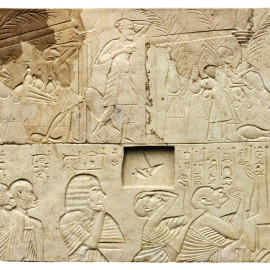 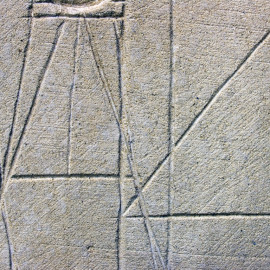 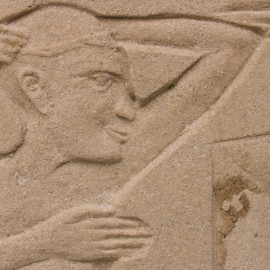 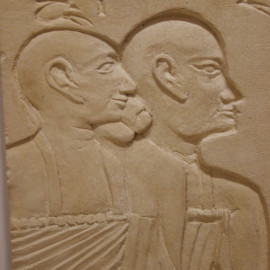 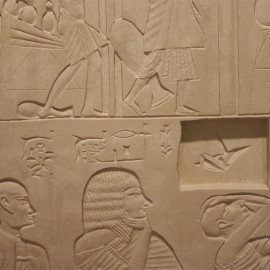 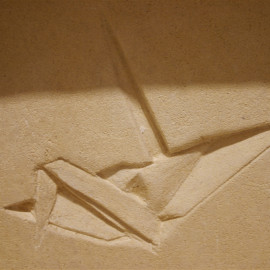