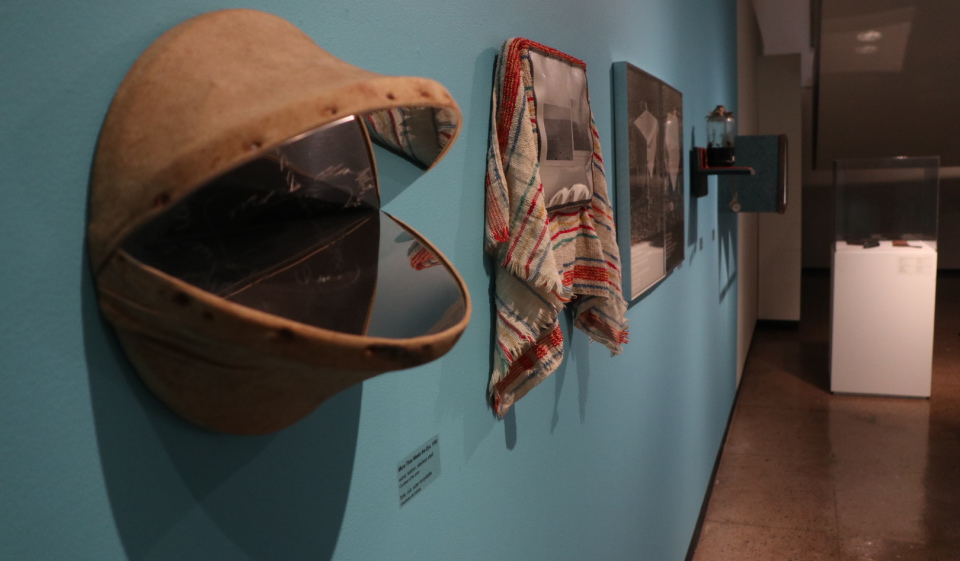 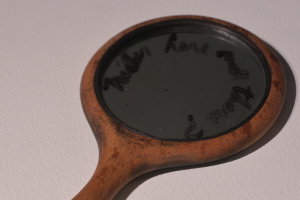 Nova Scotian sculptor John Greer is primarily known for his large works in stone and bronze, including several public commissions in Canada, Italy, South Korea, Switzerland, and the United States. A major figure in Canadian sculpture for over four decades, he was recently the subject of a full career retrospective at the Art Gallery of Nova Scotia in Halifax.

For the first few decades of his career, however, he was primarily a conceptual artist, one who used humour, ephemeral or humble materials, photography and text works to create wry, intelligent, and disconcerting objects and installations. A recent exhibition at Charlottetown’s Confederation Centre Art Gallery featured twenty of Greer’s works dating from the 1970s and 1980s. All of these works share Greer’s conviction that sculpture, all art, really, is idea made manifest in material.

The earliest work in the exhibition, Tied Up, Tied Down, reflects all of Greer’s early concerns, and, despite his subsequent move to monumental sculpture, his continuing approach to thinking through art. The Bay of Fundy, between Nova Scotia and New Brunswick, is home to the highest recorded tides in the world, with water level differences of as much as 50 feet between low and high tide. In 1971, Greer tied a table to rocks on the beach at low tide, with two empty wine glasses affixed to the table top (gaily decked out in a checkered cloth). The table was completely submerged at high tide, and the wine glasses were mostly full of water twelve hours later at the next low tide. Included in the materials of the piece is “3,360,000,000 tons of water, the amount of water Greer calculates it took to fill the bay up to the point where he had installed the table. Which, in one way of thinking, probably makes Tied Up, Tied Down, the heaviest sculpture ever made.

In these sculptures Greer is intent on disrupting any habitual responses we might have to his work. Whether through the use of mirrors, photographs, texts or incongruous reuses of familiar objects, we can never settle on the proper approach to this work. For instance, Cross Country, cast iron skis, each one weighing 85 pounds, suggest mobility and undermine it even as we grasp what we looking at. In a material version of the Socratic method, we are led to realize things that we already know, despite our forgetfulness. A combination of word play, an untraditional use of traditional materials and processes, and a deep understanding of the historical roots of sculpture marks this work, as it does all of Greer’s sculptures since. Despite the persistent physicality of these works, there is a lightness to this exhibition, an effervescent quality summed up by curator Pan Wendt’s elegant description of Greer’s process as “an interplay between gravity and imagination.” Greer View Mirror retrospectively presents work at the intersection of conceptual art’s dematerializing the object and sculpture’s imbuing objects with the weight of thought – an amalgam that soon led Greer and many other sculptors into fruitful new areas of exploration. 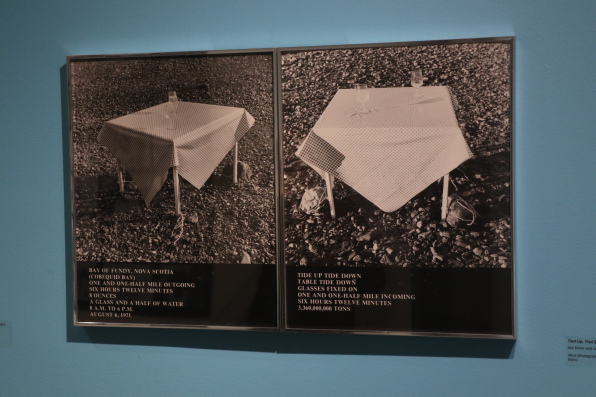 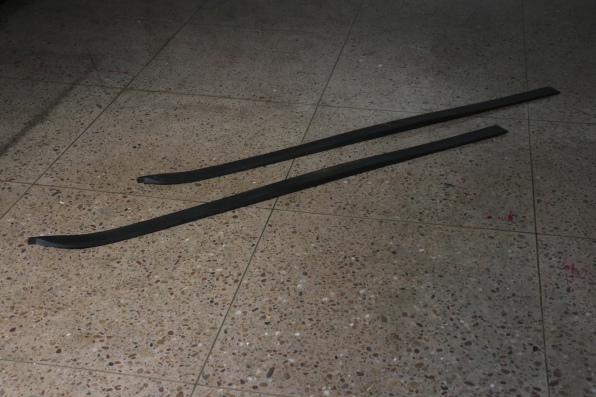