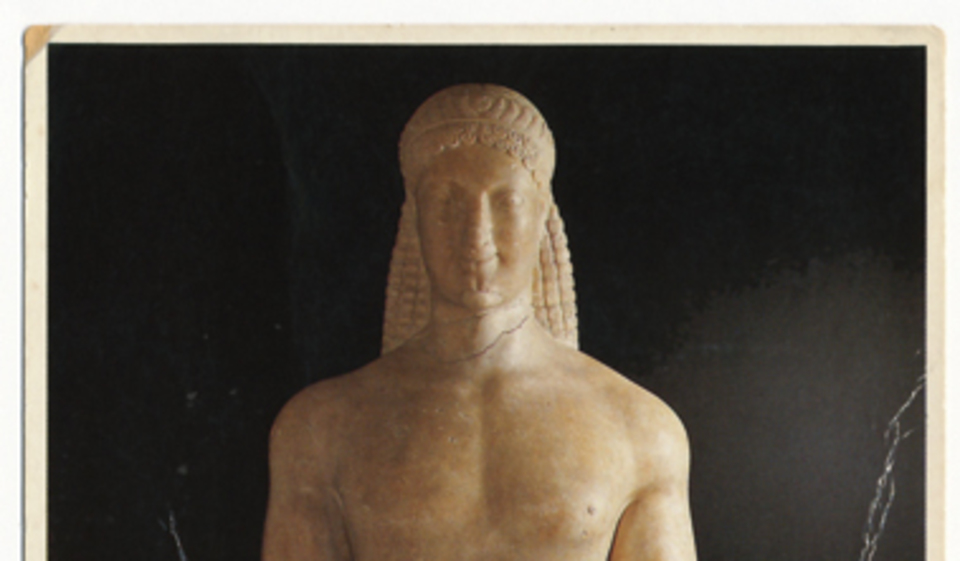 The exhibition "Connected Works" 1986 was a signal for a turn in Greer's body of work. Foremost it exposed a formal rupture in regard to his previous artistic articulation. After a 5-months stay in Italy, Greer returned with a series of works in stone and bronze that were working on a truly sculptural level (in opposition to the previous object-installations that were just using sculptural elements). The everyday-level of materials was left aside in favor of substantial and precious materials that were filled with a history of sculpture and plastic art. Instead of using it as a referential medium, Greer started to evolve the potential of stone and bronze as substance to give form through its presence in space. Greer consciously chose Italy as location for a more intensive investigation; there, marble has a different status, since it is present in abundance and comparably inexpensive as a raw material.

Coming out of a conceptual corner, Greer is aware of the problematic of seduction connected to traditional materials like bronze and stone. This issue was actually attracting him. He calls it the problematic of "mere", and describes it as people’s fear of elegance being a superficial attribute without any meaning to the essence of being; as a result, people hesitate to engage with work that is using material which is bearing the described potential. Instead of condemning the material and taking over this prejudiced and reductive point of view, Greer sees this circumstance as an advantage. If people are suspicious of marble and bronze, it can only be a plus: it makes you alert and fully aware - a basic condition for the conscious encounter of a piece of art. "I also wanted to know if I could deal with it, if I was seduced by the material. I guess I was testing myself, see if I could do something relevant with such a loaded material." (John Greer)55

Nevertheless the underlying concern was and still is deeply rooted in conceptual art. The ideas and messages that Greer is communicating are devoted to life and living as a profound and conscious engagement. More than ever before, art is about making sense of the world to the artist. "... when I put something out it is because I have had an experience. I want to manifest that experience, the energy of it, in the things I am making. I do not want to illustrate it; I want to be in there. Then I put that out in order to hopefully give somebody a meaningful experience that they carry with them to engage with the world." (John Greer)56

The imagery and the symbolism that Greer uses in his language of object-works needed to find a more consistent and sustained spelling and grammar. The act of art as an experience had to be relieved from its dependence upon daily life as its motor. Greer took up a language that still fits in the casualness of being, but is a potential for identification. Greer is still making objects, but instead of putting them on one level with our experience and us in order to gain relevance, he is confident enough to turn the circumstances of life around and puts us in turn on one level with his objects.

His imagery is often misunderstood as that of a pictorial world, which is confined to two-dimensionality, a closed system as a construct in our mind. As object-maker, his imagery is that of the living world. The rupture in his work is a formal rupture, for there is just a reduction of the variety of metaphors taking place. Greer is getting more precise in his formulations, in talking the language of art. Certainly his newer work is not traditional in its articulation or concern. It is a misunderstanding to see Greer's basic current undertakings as a step back because of its use of "ancient" material. Moreover, Greer is making an attempt to re-estimate memory through the expression of form, opening up for the evaluation of human concerns beyond the construct of time in the realm of timelessness, articulated through intelligence in matter. His road is not that of virtual reality, but that of a reconciled state of human mind located in its belonging body. The vitality of life is talking out of a body of work that is using intelligent references from our mental activities.

55 John Greer in conversation with the author, Berlin