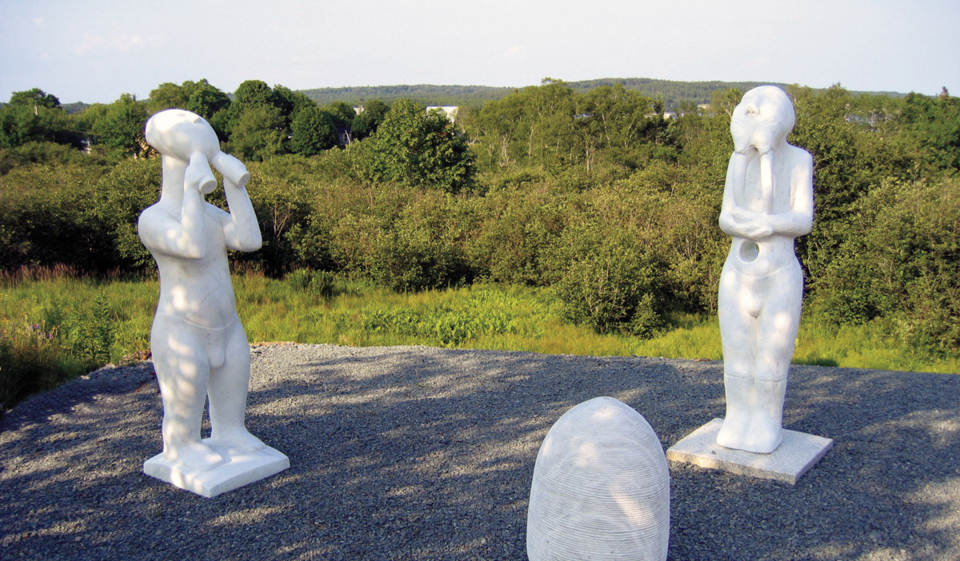 This work is composed of three elements. Two of these elements are based on existing artifacts, both of which are prehistoric. The artifact known as the Fluteplayer is from Greece, the cradle of western society. The artifact known as the Walrus Man was unearthed in Point Barrow, Alaska, the gateway from eastern culture to North America. The third element in the shape of a bee hive symbolizes the swarming and mixing of living creatures. The title indicates an association with sound to which all three elements contribute - the silence of the stone pipes, the potential of the swarming wasps or bees, and the sound one hears when putting your ear up to the hole in the side of the Walrus Man. The two original artifacts are hand-held objects; however, these figurative elements have been enlarged to be the size of average humans, in order that one can identify with the forms and relate to the timelessness and geographical expanse that these pieces encompass. 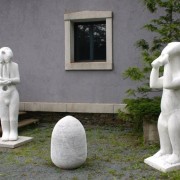 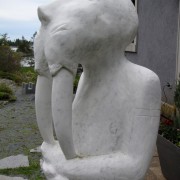 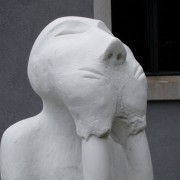 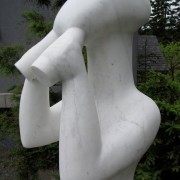 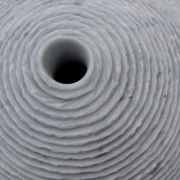 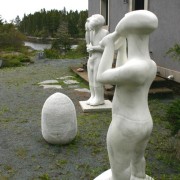 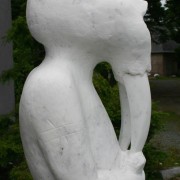 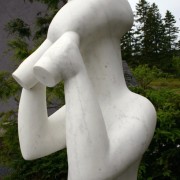 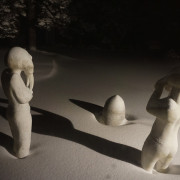 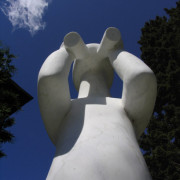 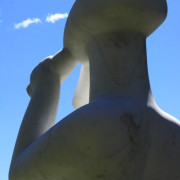 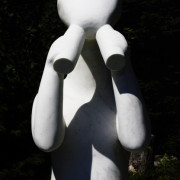 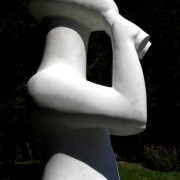 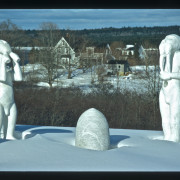