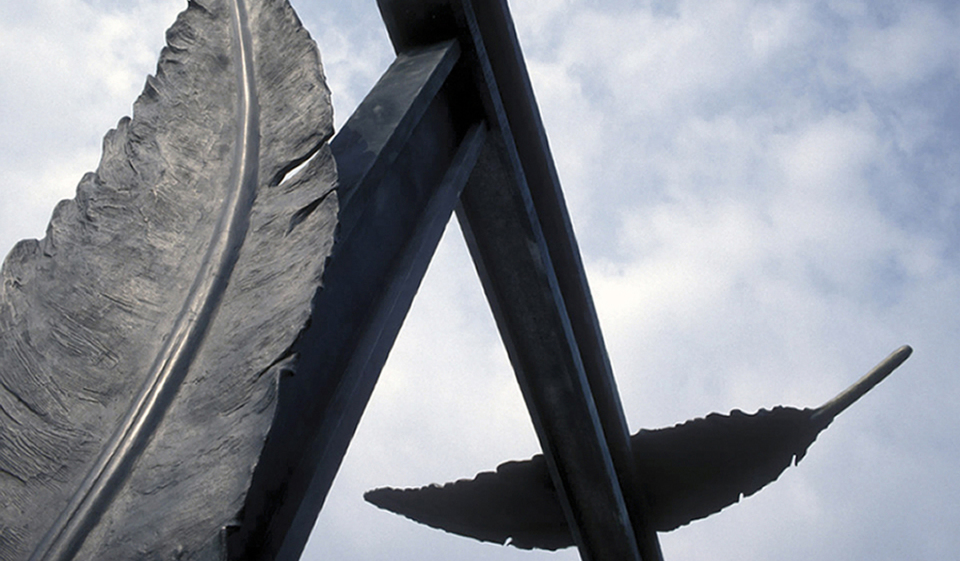 This monument recognizes the humanitarian contributions of the individual as well as the collective. The humanity of seeing yourself in others is the overall theme of this commission. “Reflection” on the spiritual level represents the understanding that each human consciousness is subjective, located in the self, while recognizing that we are alone, reflecting on the others. The ability to identify ourselves in others is the base of humanity; the human spirit grows from the awareness of this first loss of self and allows us to begin the search to find ourselves on a much larger and engaged level.

The Bronze feathers represent the conscious-corporal. One of the two feathers is lying on the top of the arch; balanced on the beam, its shadow continues to move: still and yet animated. Lying on the altar, it appears caught between rising and falling in a state of suspension above the frame or stage of action. The second feather seems to be standing on the outside edge in a gesture of thoughtful lament outside of the altar/bridge structure, paying homage to the sacrifice of the other. Taking time to remember while still being grounded on the earth, off the stage, finding the courage to resume action. The altar and the bridge are one and the same. It is fabricated out of steel I-beam forming an 11by 14 foot arch which becomes the picture plane, the space where life is acted out and reflected upon - action and memory. This object recognizes the loss and the gain - the journey.

The court forms a rectangle 16 by 18 feet with an east/west orientation, representing the continuum of human effort within a structure. The shadow of the altar/bridge with the feather upon it moves over the granite plane. The two granite benches on either side of the bridge/altar encourage reflection and represent single beds, where one self-reflects and reflects on its virtual twin as if in a mirror.

Klick on any individual image below for expanded view / slide show. 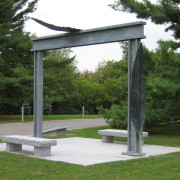 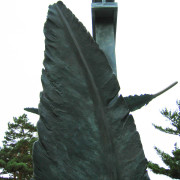 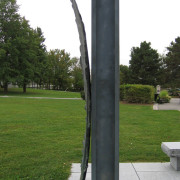 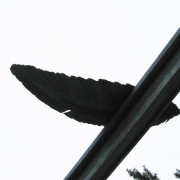 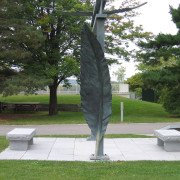 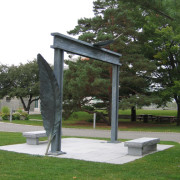 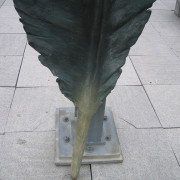 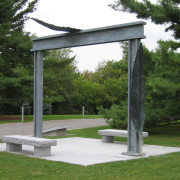 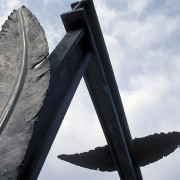 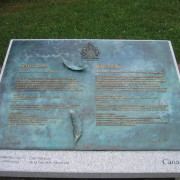