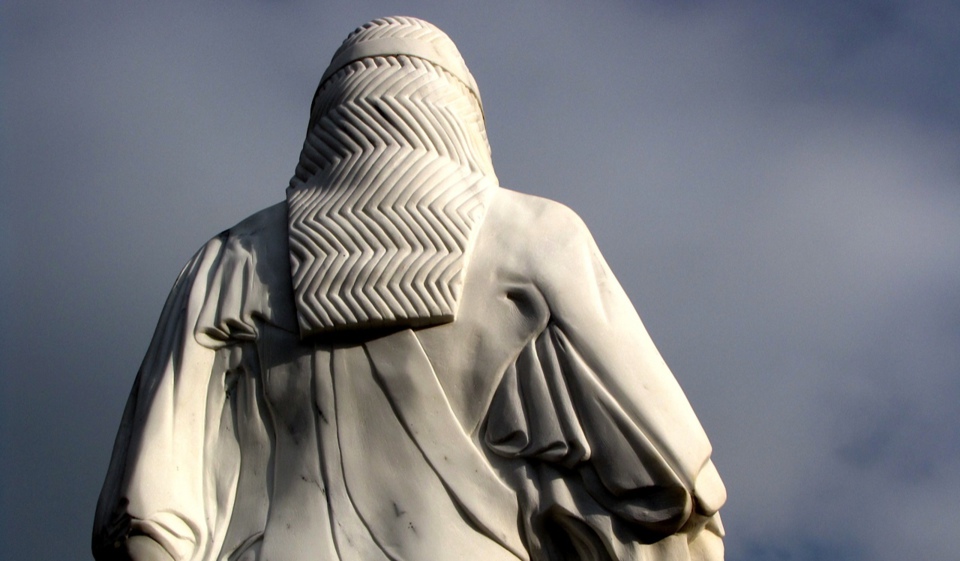 (... all images are studio shots taken at Studio Pescarella in Italy.)

Based on an existing Greek archaic sculpture, this is one of four sculptures I have referenced to represent the cardinal point of direction, North, South, East and West. I use these figures symbolically like icons, markers of the beginning of Western culture.

These half figures with flat plains frontally have the appearance of silhouettes. One can travel infinitely East or West unlike North and South, which have points of arrival. The figure “Facing East “ is carved from white Italian statuario and stands on a door sized block of Turkish travertine, Turkey being the so-called doorway to the East. This piece is to be installed facing the East compass point. Posing the geo-political question of what is now east and west and how relevant this question is or the division of the earth. 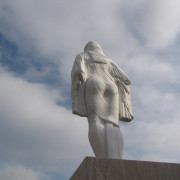 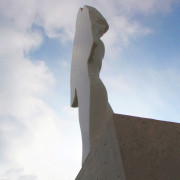 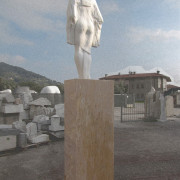 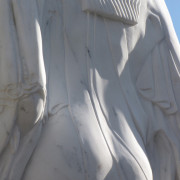 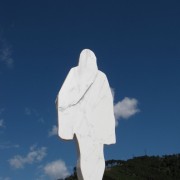 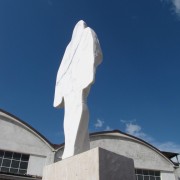 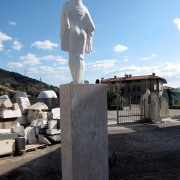 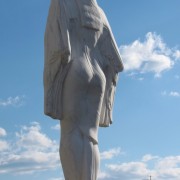 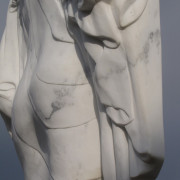 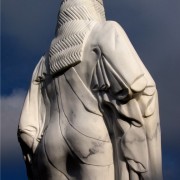 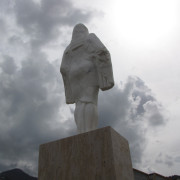