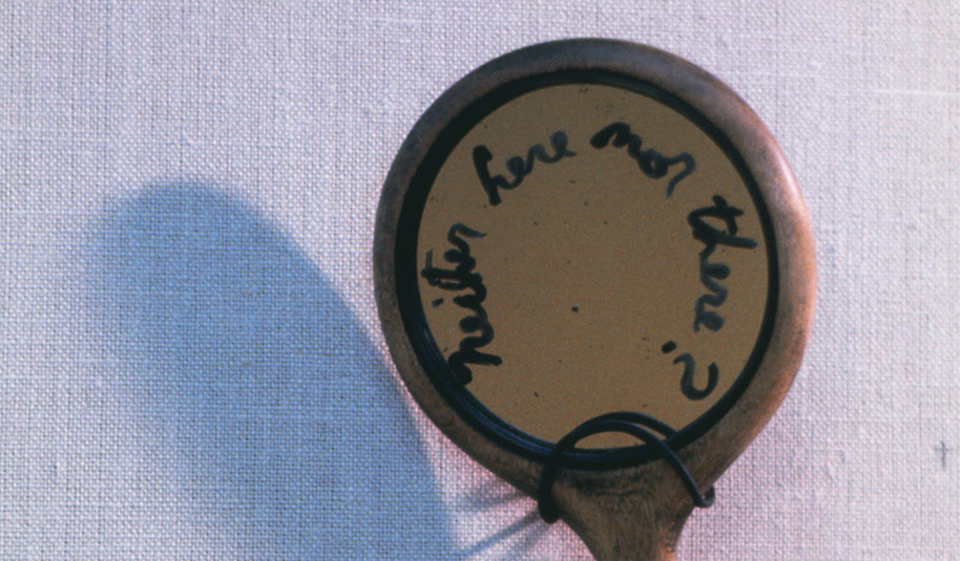 Never the same after words 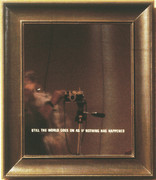 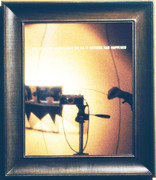 In this show John Greer takes specific works in order to put them in a new context. By arranging objects from different times next to each other, he is stressing the interdependence of objectified ideas that reflect on a meaning beyond a general singular statement. "Newness" of a work is no criterion for him, but its quality of being "current". Something new is old in the next moment anyway. He speaks for an insight into concerns, which is applicable as a tool that we are able to control, a suggested variety of situations where you can make use of your capability for coordination.

In the essay accompanying the exhibition, Dennis Gill compares this approach to that of a story-teller or oracle: "(...) The tellers repertoire of material is constantly being adjusted to accommodate the audience. Certain points might here be embellished and there be subverted. This, when done well, is not so much a matter of telling people what they want to hear, as it is telling people what might best be heard.(...)".12 The artist is committed to oral culture and the belief in physicality; this show is a way for him to articulate his skepticism towards the blind belief into the progressiveness of the written word. His suggested counterpart to literacy is "diversity", a healthy reconsideration of the process of reduction that is undertaken by writing things down. Writing is a form of organizing, a system of order that is a reduction of possibilities and therefore a form of loss! The belief in a general correctness of the written word stands in contrast to a modification towards a personal relevance. The Italian Michelangelo Pistoletto remarks: "An explicit language demands that you establish rules in the beginning and that you abide by these rules. To believe in your own language means to play your own role. Language stands as fiction between us and others, a mass of individuals, that portray themselves and that are ready to act under the direction of someone else."13

It is important not to project us into any abstract device or into abstract regulations. Only your own way of articulation, which is parallel to others, leads towards a satisfying realization.

Connected to illusion and physicality Greer confuses the viewer and involves an immediate physical response, directed through reading. By using the most modest familiar devices, Greer directs us with benevolent humor towards our personal way. The exhibited works make us reflect on ourselves, place our person in relation to society and in relation to the surrounding world of objects.

Greer's device for a revelation of a personal placement is the mirror. "Neither here nor there" (two versions) 1977/1990 is a fairly small (31"x11"x8") mirror-box mounted head-high to the wall. The mirror plane is divided into four parts that touch each other in an angle; the words of the title are sandblasted into the mirror surface - each word naming one mirror. Standing in front of it, in opposition to what one is expecting, the mirror does not show your image in front of you, but next to yourself. The deceptive image is literally dislocating you, showing you beside yourself.

"More than meets the eye" (three versions) 1976/1984/1990 an eye-shaped frame that is holding two mirrors in an angle to each other from the wall, is a mirror construction that does not allow you to see yourself eye to eye. It is similar revealing as the aforementioned. Looking at your own image in the bottom plane the eyes look down, looking at the top plane the eyes look up. The most important means for visual perception, the sensual organs for identification - the eyes, seem to be manipulated, appear to function outside of you. "Still the world goes on" (two versions) 1979/1990 consists of two mirrors hung on the wall in a short distance, the first with the written message: "the world goes on as if nothing has happened", the second saying: "and still the world goes on as if nothing has happened". Greer questions here the importance of our individuality (what might be called vanity). Focused on our immediate surrounding and personal concerns, we are not able to realize the constant flux of the world. Moving from one mirror to the next, our center of importance and what we expect does not change in the image, meanwhile, behind our back, live goes on in its own rhythm. How easily we are manipulated by reading shows the work "Read silently,..."(two versions) 1971/1990 a mirror with the words mentioned before on it and underneath the message "I look like a little dog" in an angle that makes you turn your head while reading. Fixed on the words one is bending the head, literally looking like a little dog, who is confined to gestures in order to communicate. These four works are examples of Greer's effort to alter the viewer's perception of his/her self.

Later on, I will discuss more of this very modest yet profound research into self-reflection that uses the mirror as medium.

Two other works in this show focus more on the role of the individual as social being, as part of a society. The "WE/ME" stone 1983 is a flat piece of sandstone. In the dark, polished surface are the words we and me in golden letters inscribed. A line indicates the axis of symmetry. Putting the work on the ground, Greer uses it as a different kind of mirror, based on the word welcome and reminiscent of the "classical" doormat or an antique touchstone. It is exposing the threshold where the individual meets the collective, thus an illustration and reminder of the reflection of ourselves in others: Seeing yourself in reflection to your own kind as an act of integration. "Humble Ending, Sayonara" (two versions) 1978/1990 works similarly in its concern for a reflection on an act of humility. Two small, polished stones with the word "sayonara" on them, positioned top to top, so that one has to bend down twice in order to read the message, directs the viewer's body, forcing him to actively complete the essential message and through that, integrating him in the act of art. There is a number of works that can be understood from that point of view which leads to a third approach; namely the location of oneself in the world, or as Greer continued to enlarge the consideration, of the world.

In this exhibition two works show his approach to that positioning - rooted in his early years - on an intellectual level. "Disguised 1 and 2" 1970 are maps of (1) the United States, labeled with the legend for a map of South Africa, (2) South-East Asia, labeled with the legend for a map of Australia. "Because of the power of the symbol (the map), at first it appears that the wrong sign (label) has been applied. Upon reflection it could just as easily be the wrong map. Neither the symbol or the sign is the thing; both represent the thing. (...) The map is a symbol for a piece of land that is part of the universe with no dividing lines. The perceiver is what is really isolated with the map. The map is the tool for isolating." (John Greer)14 The artist is speaking for humanity and personal authority when he is criticizing our disregard for the danger that is intrinsic in our capability of intellectually projecting reality into idealized systems, isolating facts for a generalized view, handling reality as if it were a fictitious cinematographic storyboard.

The "Nine Grains of Rice" 1990 form a work that is an articulation for that concern through a different, truly sculptural approach, which brings us to the main body of work that Greer took up in 1986. Nine pieces of marble, worked mimetically after real grains of rice, but blown up in scale for human encounter, are scattered directly on the floor. The art objects, executed in a traditional sculptors material, are located in the same space as the viewer, no pedestal keeps them from "reality" and the imagery is shifting one's perception towards a state of tension - in between recognition and reluctance or strangeness.

In the following discussion of the extensive and diverse body of work by John Greer, I will use a similar structure as worked out exemplarily while introducing this exhibition, insinuating a process of art-making that is not underlying a successive development but manifests itself in an iconoclastic approach that is based on time-relevant concerns.

In my opinion the work is most accessible by looking at it literally through the positioning of oneself: Thinking - being - together with others - of the world. The physical manifestations of the artist’s philosophy are most comprehensive when we keep in mind that the understanding of the world begins inside of ourselves. "The mind is the control tower"(Greer), and the body keeps it physically grounded. Consciously perceiving means that the sensory functions work together with the intellect; which is often forgotten and repressed in our top-heavy society.

"Never the same after words" at Saint Mary’s University Art