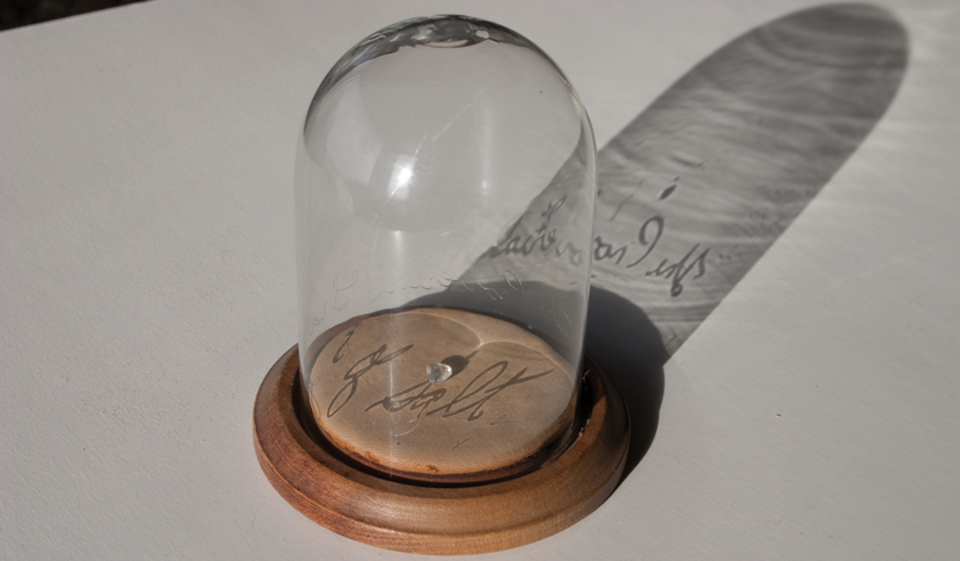 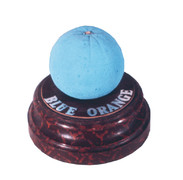 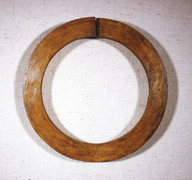 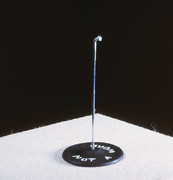 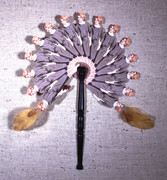 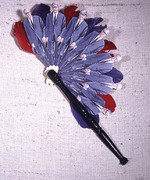 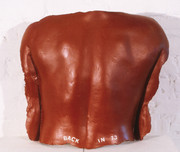 "By putting things into words, we rendered them available, handy and easy to deal with: language was an appropriate material in order to package and wrap and thus take the ownership of and assimilate the alien elements of the world which are in our surroundings: words are fishing rods and hunting nets. Identification and naming of things (and their entry and alphabetical listing in lexicons and dictionaries) gave order to the confusing-entangled phenomena until finally the last white spots on the maps were designated by words, measured, fenced in, until language covered everyone and everything." (Timm Ullrichs)45

We live in a situation, where all things are covered with words and language; in fact, often it is hard to perceive the objects behind all the imagery through the surrounding words. Art is a medium that is concerned to gain back the balance between word and object, to bring them back to equal rights.

In his body of work between 1972 and 1978, Greer was looking at art as a mediator by its own means, being a medium for notification and communication. Art becomes a process that is in between the articulating subject and the object that is supposed to "bring things up". He took it literally and extracted words, made words taking things at their words, built word-objects, object-words, object for object for its word. He gave words their substantiality.

In regard to these visual language pieces, Greer is usually connected to Marcel Duchamp. This connection is - partly - right. Greer's works are ideational and contextual dealing with reality - implying irony and provocation. He uses materials that come from a commonplace context, but he is putting them in use, is combining them, is remaking them, is not applying a ready-made quality on them - they are true inventions through language. In these pieces Greer's ready-mades are the words, is the language that he is using. He is talking with imagery from words, is talking with objects, tempting the power of language with the power of objects. He is showing to us what we are talking about - and the effect is similar to what happens when you learn a new language: you find out a specific meaning about your own language. Abstract terms are situated in the context where they come from, thus making sense and at the same time denying sense - because they are "useless" as objects of art. These objects reveal the lack of knowledge and meaning as a construct of language. So there are connections to Man Ray, as well, for his purpose was not the negation of the traditional work of art but more the finding and invention of mysterious objects. Through the arbitrary combination of familiar everyday objects this became his creative principle. The familiar was combined with the ironic parody of its being, merging into almost poetic objects.

Greer is digging out the subject of language, and through its rightness of meaning and the sense that things make - in regard to common sense and subtle irony - he is confronting the viewer with humorous, little, but profound nuisances of daily life. His works pose varied and diverse levels of meaning, going beyond what language itself reveals.

Language is looked at - and really is functioning as a construct, with the potential to be used as weapon or as tool. Greer is pushing us back to the roots with his excursions into object language. In his approach to the art object, the importance is put on the familiarity of the used objects and their context so that they are able to appear as thing metamorphosis that connects the familiar with the ironic paradox of its "familiarity". Greer is trying to narrow the connection between the world of art and the world of being which applies language in between individuals. Sculpture crosses here the barrier between object and subject. This is a public act, but it includes the possibility of becoming part of the viewer's subjectivity.

The blind use of language, image and objects reduces us to puppets - denying the responsibility of our being. This in return renders us incapable of interacting with others, reduces our living conditions to mere reflex-zone conditions - a dangerous state of human decline.

The objects use the space of a gallery room and put it in relation to the viewer's everyday experience. The art experience through art objects that do not look like art becomes here a first hand experience located between the individual and the collective. It gains relevance to living through the viewers' engagement in it. "Essential is the reference to action: an object appeals, in contrast to an image or a sculpture, to the willingness of handling it - visually, haptically or in an almost physical examination of its symbolic and conceptual nature. With that, the reference to action is changing into a mobilization of conduct and mental attitude, that is in turn appropriate to the scientific, technical and social reality of our century, which is changing more and more." (Franz Meyer)46

With his early language-objects, John Greer helps the viewer to get rid of the somehow mechanical perception of things, materializing witty underlays of word situations that were formerly used to clarify and reconstruct human-thing relations. In a most revealing way, he brings the objects back to the human - is applying objects to their signs - and signifies our habits of perception - putting them into discourse as the "common" in an artistic setting.

The proverbial Grain of Salt

Spoke not a word

My neck of the woods

Looking for the whole